History of Wolves in South Africa

Using “wolves” and “South Africa” in the same sentence appears somewhat contradictory.  Yet there are quite a lot of wolves in South Africa – all in captivity. How they came here and for what reason are questions nobody seems to have definite answers for. There are a few stories around, though, none of which could be proven beyond doubt so far. Besides those wolves that were inconspicuously imported by private individuals for whatever reasons, it is often heard that it was the South African Defense Force, or the Police, or both, that at one stage imported wolves from North America, probably Canada. They allegedly wanted them for crossbreeding with German Shepherds and other large dog breeds, hoping this would produce a powerful, fear-inspiring crowd control dog. The time span quoted for when this supposedly happened is often given as “the seventies and/or eighties”. However, there is no evidence at present to substantiate such claims. While, so it is said, the crossbreeding projects failed dismally and all crosses were eventually destroyed, some of the original wolves ended up in zoos or private hands. Certain zoos also imported and bred wolves and sold the cubs.  (Information from South African Friends of Wolves)

Here are our NPO banking details: 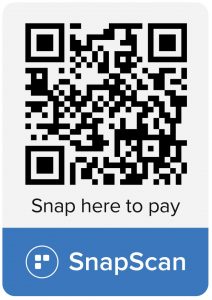